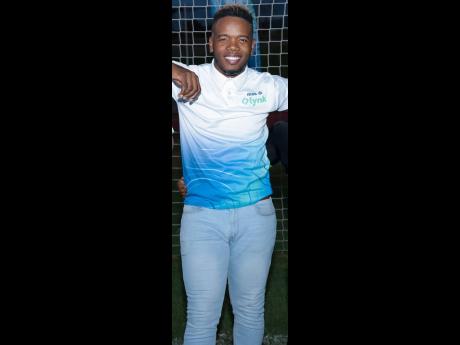 LYNK will be adding a new Gold Cup football tournament to Jamaica, which brand and sponsorship manager Kemoi Burke coined the FA Cup of Jamaican football as part of their new three-year agreement with Professional Football Jamaica Limited (PFJL).

"The Gold Cup is going to be a knockout competition, where we have double-headers on Friday nights to create a big entertainment-type football event. This will include the 14 teams from the JPL (Jamaica Premier League) as well as the 10 teams from the JFF (Jamaica Football Association) Tier Two League.

"So all 24 teams will be vying for the LYNK Gold Cup. This competition will happen when the JPL goes on pause, which will align with the start of the Men's FIFA World Cup.

"So between November 21-December 18, the Gold Cup will happen. Teams will be playing weekly and we will be bringing in new things to football by trying to incentivize the teams and players to ensure that the games are attacking," said Burke.

In the deal with the PFJL, LYNK will introduce a digital payment solution for football matches and according to Burke, with the Gold Cup, the landscape of local football will have both players and teams being rewarded monetarily for goals and skills that are displayed during their fixture.

"It will be of an attacking variety and exciting. I'm not trying to have anyone hold out for a 1-0 win. I'm trying to bring counter-attacking football. It will be monetary incentives for teams and players.

The idea of bringing this type of excitement to the local football-loving public, Burke argues, was because of the effects of the Covid-19 pandemic, which stifled sports, not only locally but on an international scale.

"As we came out of the whole Covid-19 pandemic, we are now trying to create a new excitement around football. Football by itself is exciting, but with our partnership with Romeich Entertainment, we want to bring an added level of entertainment to football. We're trying to improve it both on the field and in the stands," added Burke.