Girlfriend doesn’t want to have sex yet 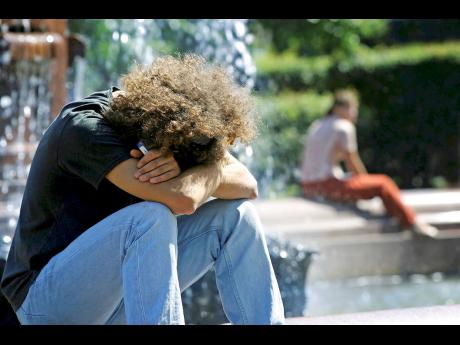 I am 18 years old and I have a girlfriend who is 17. I am in love with her but she is not behaving as if she loves me. I used to have another girlfriend who was older than me.

She used to always want sex. She was the first girl I had sex with and she was living with her parents. But her father was never home. He used to drink and gamble.

The first time we had sex, she arranged the whole thing. She told me when to come to the house. She kept her room light on and I texted her and told her that I was on my way. When I was near to the house she opened the door and turned off her light and let me in. I was afraid but I spent a whole hour with her and then she let me out and I went home. I went back another time, but I realised that I couldn't keep up with her because she wanted what I did not have and that was money. So she found another boyfriend who could support her and she dumped me.

My present girlfriend is always promising to have sex with me but nothing is going on. She said that the time is not yet right and she will tell me when she is ready. Do you think that she has another guy? She doesn't want her grandmother to know that she has a boyfriend. She claimed that she is still a virgin. I want to know if that is true. Her sister who is 16 is not a virgin. She told me that her sister is not a virgin. So why should I believe that she is?

I am looking for another girlfriend because it is time for us to have sex. But she is holding out on me. She works at a store on weekends. I go to meet her after work but she is always in a hurry to get home. She is behaving as if she is a little girl. I have only been able to kiss her a couple of times but I need more than that from her if she is my girlfriend.

This young lady does not want to have sex with you and you are behaving as if she is obligated to do so. She is only 17 years old and you are 18.

Why are you pushing her to do what she does not want to do? I must tell you that you are out of order. Her body does not belong to you. You are only her boyfriend. But boyfriends don't have the right to demand sex from their girlfriends.

It seems to me that your first girlfriend spoiled you when she encouraged you to visit her at her house and she arranged the visit in such a way that you could go to her room and have sex with her. She left you because you were not able to support her. Your present girlfriend is not asking you for support. She is working in a store on weekends so she is helping to support herself. Either you behave yourself or move on. You are 18 but that does not mean that she should give herself over to you when it comes to sex. You can get yourself into trouble if you force this woman to have sex with you.