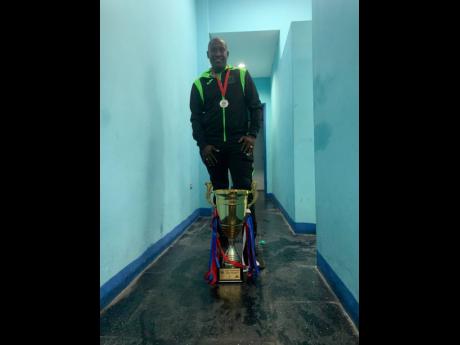 President of the Secondary School's Football League (SSFL) in Trinidad and Tobago, Merere Gonzales, is elated by the resumption of the Caribbean High School Football Championships, which allows footballers in the twin island republic to rub shoulders with their counterparts from Jamaica.

The competition will be held in January with Trinidad and Tobago's big two, St Benedict's College and Fatima College, playing the winners of the ongoing ISSA/Digicel Manning Cup and daCosta Cup competitions.

St Benedict's College are the champions of the SSFL, with Fatima the beaten finalists.

"Well, it's always a feeling of great elation, excitement, and joy - with the utmost and greatest expectation - when any efforts or platform can be made or created so that the youths of the Caribbean can get a chance to showcase themselves, and more importantly, compete against each other, and in this case, Trinidad and Tobago with SSFL and Jamaica with ISSA, that has two of the strongest football countries within the Caribbean," Gonzales said.

The Championships, which will be broadcast by a regional sports television station will feature qualifying matches on January 13, with the final set for January 15, when the top two teams will clash for a cash prize of US$10,000.

"It augers well because it will only enhance and develop a pathway for football within the Caribbean. I would want to say, moving forward, that I think we could, as an impetus, in the future try to incorporate one or two other interested Caribbean countries, so, therefore, the pool increases from two to about seven schoolboy teams," said Gonzales.

St Benedict's coach, Randolph Boyce, was grateful for the revival of the initiative and revealed that his charges are ready for action.

"My players are very excited about it, and as a coach, I am as well. The fact of the matter is that they're so many different benefits in this. There's the social aspect of it and playing and learning from each other's culture," said Boyce.

Boyce says he has been paying attention to the style of play at the schoolboy level in Jamaica.

"Looking at Jamaica play at the school level on the television, it looks exciting and interesting, and we could get to understand the different playing styles and different cultures and the way how they do things.

"It will also be educational for the boys as well, in terms of getting to play against another team from in the Caribbean and see how their football is played," he added.