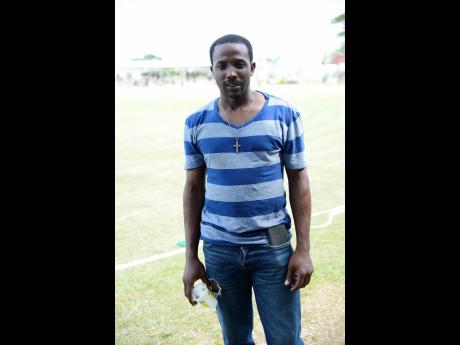 Social Development Commission (SDC) T20 champions Boscobel were no match for Gayle who chalked up a massive 108-run win as action continued in the Sandals/Costley Construction-sponsored St Mary T20 Blast at Boscobel on Sunday.

Batting first, Gayle, who were SDC champs in 2019, amassed 168 for nine off their 20 overs, thanks to a top score of 40 from Gifton Wray and support from Tacky High schoolboy Javier Green who made 34.

Bowling for Boscobel, who were playing without national player Alywn Williams, Andel Gordon bagged three for 30 and Dwayne Hamilton two for 28.

In their turn at the crease, Boscobel was bundled out for a paltry 60, with Tacky schoolboy Rogae Brown being the only batsman to enter double figures following his score of 44. So poor was the Boscobel batting that six of their batsmen failed to score.

Jevaughn Hinds was superb with the ball bagging four wickets for 18 runs, while Jermaine Chisholm chipped in by picking up three wickets for 17 to rip through the Boscobel line-up.

In the opening Division Two encounter, Highgate became the first team to qualify for the Elite Elimination Play-off after chalking up their third win on the trot with a comprehensive five-wicket win over Mango Valley.

Mango Valley were bowled out for 95 runs with Rolando Staple top scoring with a well-made 34 against national under-17 pace bowler Jevaun Winter, who bagged four for 21 in an impressive spell. He was ably supported by Darrien Walker who took three wickets for seven runs.

Highgate cruised to 96 for five thanks to skipper Gihon Murdock who made 31 not out and Shannor Douse who chipped in with 14 not out. Orlando Royce took two for 20 and Rolando Staple two for 27.