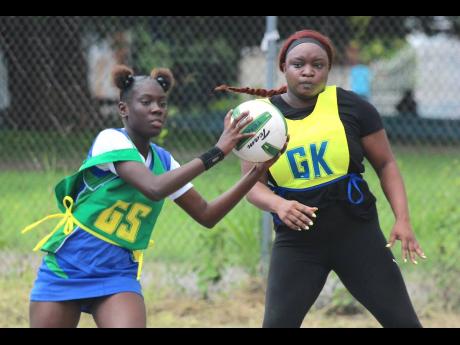 The Pembroke Hall Community Centre was a buzz of activity on Sunday as the Social Development Commission (SDC) rolled out their new exciting Four-In-One competition, conceptualised to involve communities in several sporting disciplines under one team.

Close to 10,000 individuals are expected to be involved in the competition, which will see communities across the island competing in football, netball, dominoes and cultural piece in a team format.

Points from each discipline will be tallied to determine the overall winner with eight communities vying to represent the parish and ultimately becoming the national champion.

Kingston and St. Andrew took the spotlight with eight communities taking part, however, it was Maxfield Park, Barbican, Maverley and Constant Spring who moved to the parish finals.

Maxfield Park took top honours after amassing 30 points after finishing first in the netball section, third in football, fourth in the talent piece and fifth in the domino competition.

Barbican was second with 29 points, Maverley third with 25 and Constant Spring fourth with 25.

Senior programmes coordinator at the SDC Terrence Richards says the initiative is the perfect follow-up to the organisation's successful T20 competition, as the entity looks to broaden its reach.

"Cricket is just one sport, when we have four disciplines we will have more momentum from the communities supporting it in terms of wider demography," said Richards.

Shana-Lee Archibald, governance coordinator at the SDC, says sports is the perfect tool to build community cohesion and bring people together.

"We are encouraging persons, especially young people, to get involved in groups that serve their interest. If you love netball, football or domino, get into an organised group that offers that," said Archibald.

Manager of Maxfield Park netball, Wayne Wallace, echoed the same sentiment as Archibald, as he encouraged youths to get involved with structured programmes.

"This initiative is a great one because we will get to see the development of some of these young ladies and maybe we can produce more national players from the community like Amanda Pickney and Misha-Gay Creary," Wallace said.

Barbican footballer Jevaughn Thompson praised the competition for giving them the platform to showcase their talent to a broader audience.

"It has been a great experience meeting new people, which I believe can unite us and build a better bond among the youths in the community because the segregation thing doesn't work. If it wasn't for the SDC and the Community development group we would not have known about this competition and after this, no more competition will miss us," Thompson said.