Sharpe prowls for a longer stay 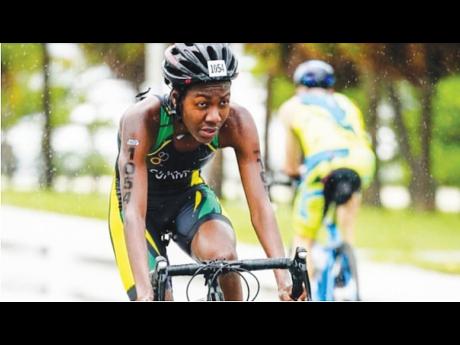 National cyclist Llori Sharpe is anticipating re-signing with the German cycling team, Canyon-SRAM Generation, after being featured in the latest commercial released by Canyon Bicycles, which is based in Europe.

Sharpe, in an announcement in December, became the first Jamaican cyclist to sign an international deal by going with Canyon-SRAM and believes that being a part of the advertisement campaign is an indication by the entity that the one-year contract will be renewed.

"It's looking that way and if the team does offer me another contract for next year, I'd have no problem re-signing. They treated me extremely well and my teammates and our staff are a wonderful set of people that I had the pleasure of working with," the former St Andrew High School for Girls student said.

According to the 22-year-old Sharpe, it was through this deal that she was able to be part of the advertisement for Canyon Bicycles, which has enabled her to continue to make her mark on the international scene.

"My team (Canyon-SRAM Generation) is sponsored by the bike brand (Canyon) and so back in June both my team's sports director and the head of marketing and communications told me that Canyon needs a rider for their upcoming project.

She is looking forward to other Jamaicans getting similar opportunities, which has enabled her to gain experience and exposure.

"That will be great as I think not only would opportunities like that assist cyclists in growing their own platforms but could also boost the morale of the local cycling community," she said.