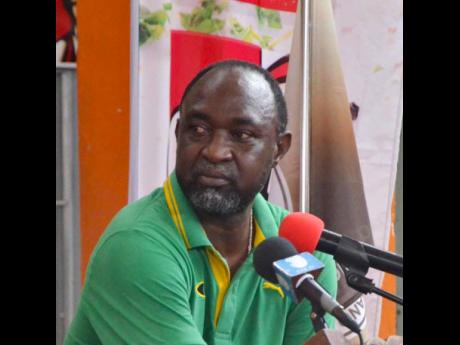 The talents of Jamaica's basketball players are being complimented after they participated in the E1 Caribbean Basketball semi-professional summer league which ended at the National Arena on Saturday night.

Included among those who have heaped praises on the players is Jamaica's basketball technical director, Alf Remikie, who coached Elite 1 Horizon to the title after they defeated Elite 1 Storms 82-71 in the final. Coach Jim Brunelli and player Bobby Gray of Houston, Texas, were also pleased with the standard of the local players, although Remikie and Brunelli believe more work needs to be done.

"It's a good look for the region because now we are seeing that players do play competitive and attractive basketball. We have to make sure the youth programme is solid and from there we will develop and also have more competition on the island," Remikie said.

Brunelli added: "We have to continue the work with the local Jamaican players here to continue to go up as the pro level is very competitive. I think we have a great showing here."

"The local talent was good. We won and a lot of the players we had were local and they played hard and they brought us together and that's what we wanted," Gray said about his Elite 1 Horizon teammates.

In the final on Saturday, in front of hundreds of basketball fans, Elite 1 Storms were unsuccessful in their attempt to put an end to the undefeated run of Elite 1 Horizon. Both Remikie and Brunelli believe the short preparation affected their performance, but they were pleased with the effort of the players.

"I think they responded well to the training. I hope the players are being seen right across the world and they may pick up some form of contract from coaches of different professional leagues," Remikie said.

"Overall for the four games that we played, I am very proud of these young men. It is hard to come together and play well in such a short time and they did. We did not come out with a win tonight but it was an absolute honour to be able to coach these guys," Brunelli said.

CEO of PHASE 1 Academy and founder of the E1 Caribbean Basketball League, Wayne Dawkins, believes the tournament was a success.