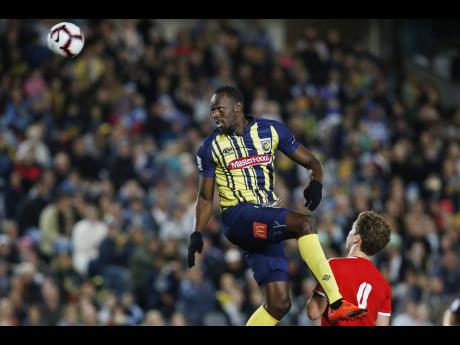 "We raised an incredible PS15,673,728 to help children all over the world to have the childhoods they are entitled to," Soccer Aid for Unicef UK wrote in an Instagram post.

"Winning is a must," Bolt posted on Instagram under a video with him celebrating with his team.

This is the sixth time overall, and fourth consecutive time that World XI has won.

World XI team won the match, at West Ham United's London Stadium, on penalties against an England invitational team, after drawing 2-2 after 90 minutes.

Unicef UK said although the match is over, donations can still be made until July 29.