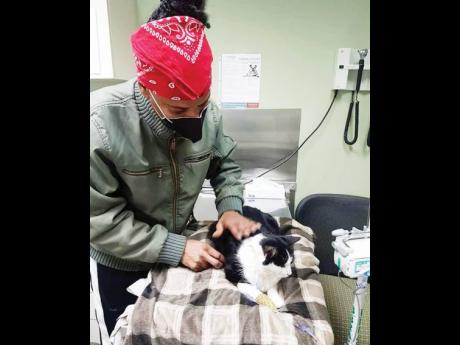 Eric Morgan and his cat Free. 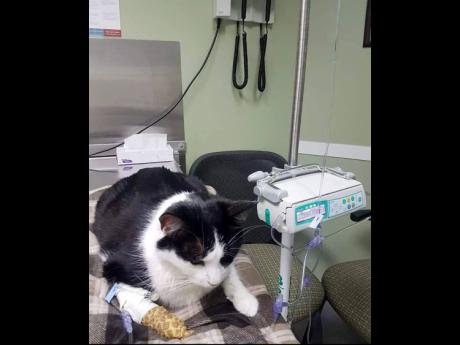 For approximately a year, Jamaica-born Eric Morgan spent thousands of Canadian dollars and made numerous trips to the vet to save his cat Free.

However, his feline friend passed away last week after putting up a fierce battle against diabetes and other ailments. Morgan told THE STAR that he loved and cherished the memories with his feline friend.

"Free fought for months but the diabetes would not give him a chance. I tried my best and did everything I could to keep him alive. It only worked for a short time then he would be back in the hospital again. Free wasn't just a cat, we loved each other and I will always remember him. He was my best friend," Morgan said.

In a March interview with the publication, Morgan said Free helped him with his traumatic stress disorder which he was diagnosed with while incarcerated for a murder that he did not commit. Morgan cried as he explained how he had to make the painful decision to give the vets permission to put Free down on November 16. He said the first five days after Free's passing were agonising.

"But afterwards I told myself that at least he was out of the pain and suffering. So it is kind of a bittersweet moment for me. He got back sick again on October 25 and I took him to the vet but he was not improving. He wasn't eating and that was unlike him. I had to just sign the paper and allow the vets to put him to sleep," he said.

He said that once Free fell ill, it was like his life was on hold, but he didn't mind because "he was my friend".

"Everywhere I went I had to come back in and check on him. I couldn't leave him too long because he had medication that he had to take at particular times. Every night mi used to get up and check on him and sometimes I used to let him stay in my room. From Free sick mi nuh too go party again and mi nuh sleep out. I love him and he loved me. He couldn't speak but we had ways of communicating," Morgan said.

Psychiatrist Dr Geoffrey Walcott said the loss of an animal can be a traumatic blow for its owner, and dealing with it is similar to losing a loved one.

"Usually people who have an underlying issue and cycle trauma and depression will be devastated when their animal dies and usually require some form of intervention, whether it is psychological or psychiatric," he said.

"It is not so much about what the issue is but rather what the person's perception of the interpretation of the event is. The person's interpretation of the event affects how they respond and react to it. We have to look at the impact of it on their lives and not just looking at the event as an isolated case. It is difficult to say if getting another animal may help because if you lose a family member, giving you a new family member won't necessarily help. Certainly there are therapeutic resources that can help but the death of a pet or animal will affect a person as this is how human beings deal with loss of any kind," Walcott added.