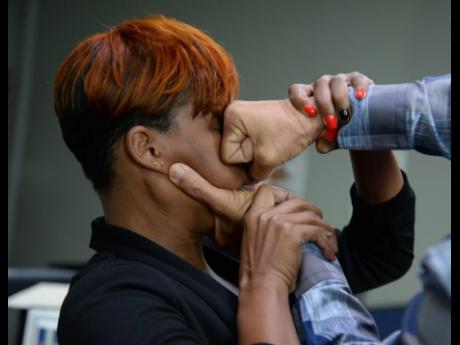 A Corporate Area man will have to pay $200,000 in compensation after he punched his ex-girlfriend repeatedly in the face, causing her to need tested eyeglasses due to the injuries caused.

The defendant, Chadean Morrison, pleaded guilty to assault occasioning actual bodily harm yesterday in the Kingston and St Andrew Parish Court. He was given the opportunity to explain his actions in the August 24 incident.

"She and I have a likkle disagreement. She post on social media say me son a bawl and she and her friend a tease him say him fada nah nuh bed," Morrison recounted.

"So that upset you?" Chief Parish Judge Chester Crooks asked. Morrison confirmed that the comments angered him. However, Morrison told the judge that he does not remember hitting the complainant in her eyes and expressed that the sum being requested for medical compensation was excessive.

"You punched her in her eye. It is so bad that she now has to be wearing glasses and she was not wearing glasses before. One of the worst places you can hit somebody is on their temple and based on what she is saying, wherever you hit her, it was so bad that it damaged her eyesight. That must have been quite a hit. You are not the victim here so please save me the tears," the judge commented.

Morrison suggested that the matter be referred to mediation and indicated that he is willing to compensate the complainant. The matter was adjourned until November 15, when he is expected to bring the first payment of $35,000. A fingerprint order was made.