Teachers ordered back to classrooms in Trinidad 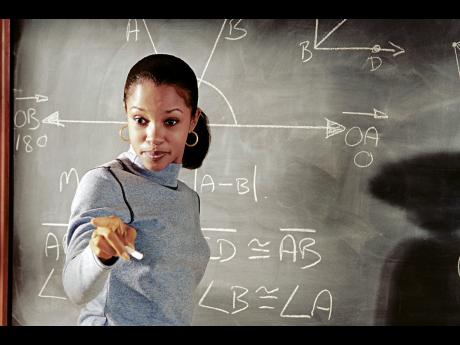 PORT OF SPAIN, Trinidad, Sept 26, CMC – The Trinidad and Tobago Unfired teachers Association (TTUTA), has ordered its members to return to the classrooms on Monday after the government received an ex-parte injunction preventing them from taking a day to “reflect” on stalled salary negotiations.

“As your union president I advise that we follow the mandate of the injunction, and as law-abiding citizens, we should all report for duty,” TTUTA president  Antonia Tekah De Freitas said, hours after the Attorney General, Reginald Armour, SC, told reporters the government had been granted the injunction by the Industrial Court judges after a two-hour sitting.

“The government was not prepared to allow that illegality to continue in light of the very clear case law and sections 65, 67 and 69 of the Industrial Relations Act which makes it clear that the teaching service is an essential service and is not permitted to engage in industrial action far more so illegal industrial action.”

Armour had described the planned action of teachers on Monday as illegal since they are deemed part of the essential services and therefore are forbidden from taking strike action.

He said the court would also interpret any “sick” action taken by teachers.

“I don’t want to prejudge how the court is going to deal with such application or defence that may be put forward by the union. I have every confidence in the Industrial Court. I have no doubt they will look at every reason given for not obeying this order very carefully.”

Government has maintained its position of negotiating a four per cent wage increase for public servants, warning that calls by some trade unions for significant wage increases would lead to it  having to find billions of dollars (One TT dollar=US$0.16 cents) to meet back pay and annual salaries.

Last week, TTUTA staged a half day of reflection after successfully getting the majority of teachers to stay away from classes on September 5, the first day of the school year.

Armour told a news conference refusal to obey the court could lead to TTUTA being decertified as the recognised union to represent the interests of teachers.

Armour said TTUTA can also be fined TT$10,000 (One TT dollar=US%0.16 cents) for disobeying the court order,  while anyone who encourages members of an essential service to take industrial action, can be fined TT$20,000.

The order restrains TTUTA from commencing and or continuing industrial action including, “resting and reflecting.”

“It is also ordered that TTUTA is directed forthwith, through its president and executive, to instruct or direct members of the teaching service to report for duty on the 26th of September and continue as they are required to do in the normal course of their employment,” Armour said.

TTUTA will have to adhere to the order until November 24, when the court set aside time for them to respond.