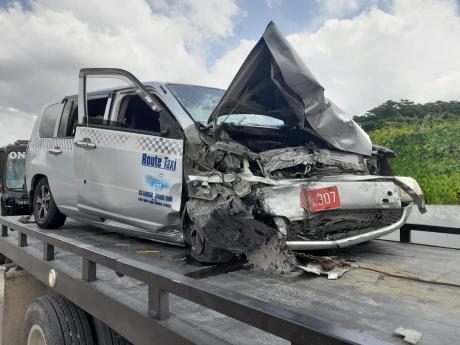 A vehicular collision this morning along Old Harbour Road, in St Catherine, has left a member of the Jamaica Defence Force dead and six persons hospitalised.

The soldier's name or rank has not been released.

Reports are that about 6 a.m. the soldier was driving a Toyota Corolla motorcar from the direction of Spanish Town.

Upon reaching a section of the road near Willodene, he collided with a Toyota Probox operating as a public passenger vehicle, which was heading towards Spanish Town.

The collision resulted in the injury of seven people including the taxi operator.

Investigations are being undertaken by the St Catherine North Traffic Department.