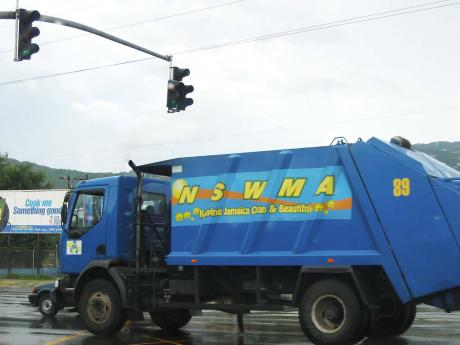 Executive Director of the National Solid Waste Management Authority (NSWMA), Audley Gordon, has confirmed that Jamaicans can now drop off their e-waste at any of the four NSWMA regional offices or its head office located in St Andrew.

Gordon said that collection from the various facilities will be done based on demand.

“We don't expect that we will hold them for more than a maximum of two weeks before we have enough to collect and transport to the approved site,” said Gordon.

E-waste is electronic products that are unwanted, not working, and nearing or at the end of their useful life.

Gordon said that “e-waste poses a clear and present danger to the health of people if not handled properly,” noting that a lot of the circuit boards that are in electronic products contain dangerous substances.

He said further that handling e-waste “in a particular manner” is a best practice in other countries and Jamaica is now doing its part to “catch on in a more fulsome way”.

He said that the NSWMA recognises that there is a need for more drop-off sites to complement the temporary locations at the regional offices and is in discussions with the big providers of electronics as well as the municipal corporations to identify more locations.

“The more drop-off sites that you have is the more compliance you will get. So, we are trying to increase drop-off sites across the island that nobody should have a discarded laptop, tablet or cell phone and don't know where to put it,” he said.

Currently, persons dispose of their e-waste by throwing it in the regular garbage.

“We want to stop that practice,” Gordon added.

The executive director also shared that as part of its public education strategy, the NSWMA will create and distribute a pamphlet outlining the types of items being targeted for the e-waste collection programme.

How to find a NSWMA location