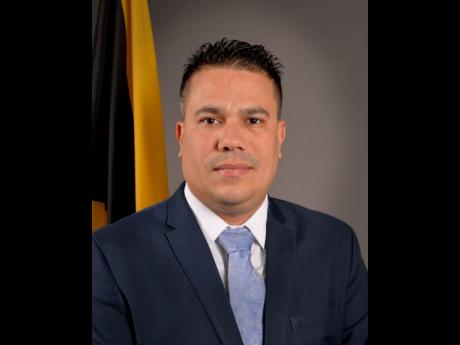 The Government will be taking a structured, systematic approach to protecting the Rio Cobre from further chemical spills, says Minister without Portfolio in the Ministry of Economic Growth and Job Creation, Senator Matthew Samuda.

This assurance comes following the latest spill of caustic effluent from bauxite and alumina company, Windalco, into the Rio Cobre in St. Catherine, resulting in a fish kill, which affected several species and also impacted other aquatic organisms.

“We [will] put in place what is necessary to ensure it doesn’t happen again. There is no overnight fix and there are some steps being taken that we believe will significantly improve the security of the water supply by between September and November,” Senator Samuda said.

The Minister was speaking with media representatives following a visit to the affected area in Ewarton, St. Catherine, on Sunday (July 31). Mr Samuda led a high-level government delegation to the location to assess the environmental and social impact of the spill.

One of the strategies being put in place to address this issue is the establishment of a second Effluent Holding Pond and increasing the capacity of the old pond to prevent spillages of chemicals into the river.

This was the directive of the National Environment and Planning Agency (NEPA) to Windalco, following another massive effluent leak in 2019, which also caused a fish kill.

“My understanding is that this project should be completed between September and November. This reservoir, we hope and we expect, based on assessments, would be sufficient to stop effluent flow in any large way into the river,” Mr Samuda said.

The Minister, who has responsibility for the environment, said he is angered by this spill and that he understands the citizens’ frustration at this recurring issue of contamination of the river, stressing that “significant and strong action will be taken to make sure that the consequences of this are felt”.

“We are not going to diminish the impact on the citizens here. This is devastating and I am saddened to see the impact on the farmers, on the fisherfolk and those who need water for household use… .  This is a serious issue,” he stressed.

“We will be able to draw down significant sums to ensure that the cost is felt by the company and [ensure] that the money that the professionals need to do the remedial work is put in place. So, there will be consequences outside of the usual low fines,” he said, adding that for Windalco to continue operating, it will need to replenish this environmental performance bond.

Mr Samuda assured citizens that if they fall ill due to the spill, they will be provided with the necessary support by the Ministry of Health and Wellness; and those whose livelihoods have been disrupted by the spill will also receive government support through the Ministry of Labour and Social Security and the Agriculture and Fisheries Ministry in the case of fisherfolk.

The Minister added that there are also plans to provide trucked water for impacted citizens.

He further advised citizens to seek redress if they feel so inclined, noting that the Government, through the judiciary, has civil remedies available.

“If you feel a need to take civil action against those who have caused you loss of livelihood, you should,” he said.

Senator Samuda further informed that in the next legislative cycle, following the summer break, upon Prime Minister, the Most Hon. Andrew Holness’ behest, the Government will be moving apace to table amendments to the NRCA Act and to the Wildlife Protection Act, “both of which we believe the company has run afoul of… to significantly increase the fines”.

He noted that the Prime Minister has also instructed that a working group be convened to look at the issue of discharge into the Rio Cobre as well as the matter of development along the course of the river.

Mr Samuda noted that a series of assessments will be conducted, and he intends “to carry a fulsome report to the Cabinet for greater scrutiny to be put on this operation”.

The Minister assured that further updates on the effluent spillage will be provided during the week.

In the meantime, Senior Manager, Environmental Subdivision, NEPA, Richard Nelson, informed that tests conducted by his team found that there is excessive alkaline or caustic material in the river, as a result of the spill.

He noted that Windalco, as a part of its spill management plan, “must cauterise this spill, they must do flushing, they must do neutralisation to get back the system under control”.

He advised residents not to bathe in the river, noting that caustic material, over a certain level, can cause burns on the skin, and they should refrain from using the river until the area returns to normal.