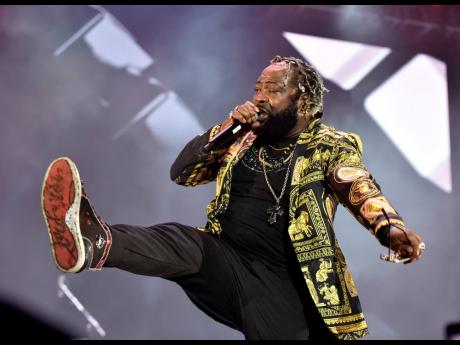 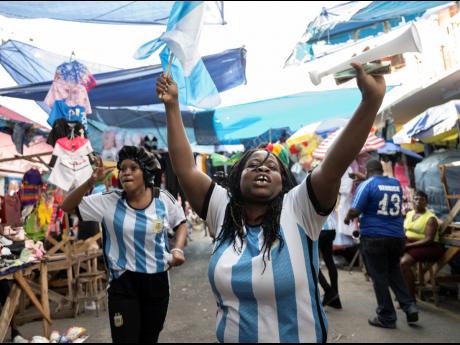 Argentina supporters celebrate their team’s second goal in Wednesday’s must-win game. Argentina defeated Poland 2-0 to progress to the knockout round of the World Cup.
1
2

"Argentina is the only team playing football!" is the declaration from veteran dancehall deejay Harry Toddler, who watched Thursday's World Cup matches from Janga's Soundbar and Grill in New Kingston.

While speaking with THE WEEKEND STAR, he expressed certainty that the team will take home the World Cup.

"I have been a proud supporter of Argentina for a long time now. From World Cup in 1982 to when they took home the title in 1986. Mi a rep Argentina from dem time deh and me neva switch. So we come today and buy some drinks and a watch the match dem. Any other side a play a dead side. Argentina straight," he said proudly.

Argentina has won the World Cup twice, first in 1978 on home soil, and then again in 1986 in Mexico. Harry Toddler, however, believes they will win a third time this year.

"It doesn't matter who go to the finals. Argentina is taking it. The other teams not playing football. They are playing netball," he said.

According to Harry Toddler, whose favourite player is Lionel Messi, he never really played football because of an ankle injury, but it is his favourite sport. He openly displayed his dislike for the Brazil team and poked fun at his colleagues in the entertainment industry who are pledging support for the rival South America country.

"We a laugh offa everybody wah a support Brazil, laugh offa Beenie Man, laugh offa General B and the wul a dem man deh wah a support Brazil. Me affi a carry the Argentina flag high. Mi a campaign and wear the flag every day. Right now, a flag me a wave. Not even a lef mi flag inna the car, me a walk wid the flag. We a drink and celebrate and pray seh Brazil lose," he shared.

Harry Toddler, whose given name is Patrick Ricardo Jackson, began performing when he was just a teenager. He was a member of the well known Scare Dem Crew before going solo. He has released a number of popular dancehall songs, including Don't Run In and Bad Man Nuh Dress Like Girl. He also appeared in the 1999 Jamaican action film Third World Cop.