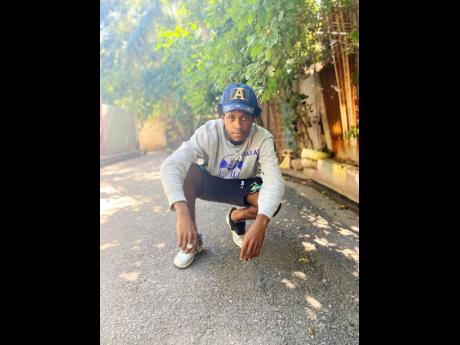 Recording artiste Ifle A1 is taking the next big step in his career, after signing with South Syndicate Muzik Inc family.

"The label was officially established in 2021 and the first released project was Smile. This was a juggling with musical contributions from several young and up-and-coming acts," head of the label, Malabre, explained.

Professionally in the game for the past two years, Ifle A1 worked independently on the track All Night. The dialogue and process of having him officially join the label began at that time.

"This is a good move on both sides, I am very happy with this partnership. As an artiste I know that I have a lot to offer and so does South Syndicate, and really it can only get better from here," Ifle A1 stated.

"This partnership should bring out the best in the artiste, as it pertains to content, and we are using every avenue possible to properly introduce the young talent to the world. Several YouTube reviews have been done on him from top vloggers, with all of them undoubtedly assuring listeners that Ifle A1's unique sound and flow guarantee him a spot in the industry," Malabre said.

With other previous releases such as Bad & Portal and Drugz Money, Ifle A1 is seeking to solidify himself as a positive force in the dancehall industry.

"We'll be aiming to consistently supply fans with good music that resonates with the young and the young at heart, accompanied by top-tier music videos. We'll be doing more public appearances and just overall strengthening the team work behind Ifle A1's career," Malabre stated.