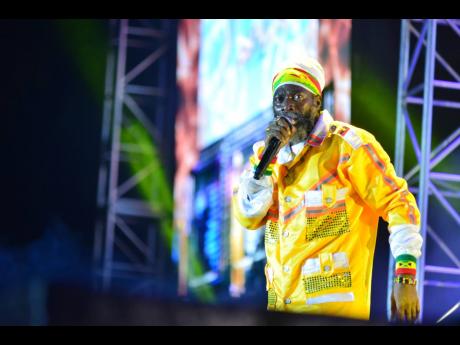 Reggae and dancehall artiste Capleton suffered only minor injuries after the car he was driving crashed along the Cocoa Walk main road in St Thomas.

The Corporate Communications Unit of the Jamaica Constabulary Force confirmed the accident and told THE STAR that the entertainer was travelling with three passengers when he allegedly lost control of the Mercedes Benz he was driving.

According to the Llandeway Police Station, the accident happened at approximately 5:10 a.m. this morning, and the occupants of the vehicle sustained no major injuries, only "minor bruises and scrapes".

A prolific artiste, his popular hits include Who Dem, Jah Jah City and Still Blazin.